The Schneider Sisters Come to Town

Anyone who saw young Skylar Schneider win the Doylestown Health Pro Women’s race last year has a “I saw her when” story to tell, one that will resonate for years. Skylar and her older sister Samantha are the most exciting and promising sibling duo to hit the scene since the Schleck brothers of Luxembourg more than a decade ago.

They come from West Allis, Wisconsin, that long-time hot-bed of speed skating and cycling that has pumped out champions in both disciplines over the years with the sisters embodying the qualities of strength, speed, power and racing savvy that has defined the cyclists from the region. Perhaps the closest thing we have in this country to the sort of racers produced by the Belgians and Dutch.

In 2016 Skylar was in her last year as a Junior racer but finished third in the “adult” USA Cycling Pro Road Tour overall standings behind her winning sister and as part of their ISCorp p/b Progress overall team victory. Add that to a decisive win in the PRT Doylestown race and, most importantly, a Silver Medal in the World Junior Championships plus National Junior Road and Criterium titles, it is clear that the future is bright for the 19-year old.

27-year old Samantha spent years grinding it out on the European Women’s professional circuit – not an easy life by any measure -  and that experience will be invaluable for her sibling star. It’s not all been Euro-grimness for Samantha however, in 2016, on top of the PRT title she won 16 American pro races and was third in Doylestown. That winning habit is shared between the sisters.

I’ve often bemoaned the fact that while we produce incredibly strong women racing cyclists in this country they’re often handicapped by a lack of real racing knowledge and are missing “game.” Riders in the mold of Holland’s Marianne Vos, a multi-time World Champion who exhibits a remarkable set of racing skills have been lacking. Well, I’m delighted to state that Skylar can and probably will become the next Marianne Vos. She’s got the toolset, the guidance and family support (never to be underestimated) and as the managers of Team Illuminate can ruefully attest, a single-minded focus that eliminates anything deemed obstructive in her path to success. That quality is shared by all great champions no matter the discipline.

Just remember, one day you’ll be happy to boast, “I saw her in Doylestown." 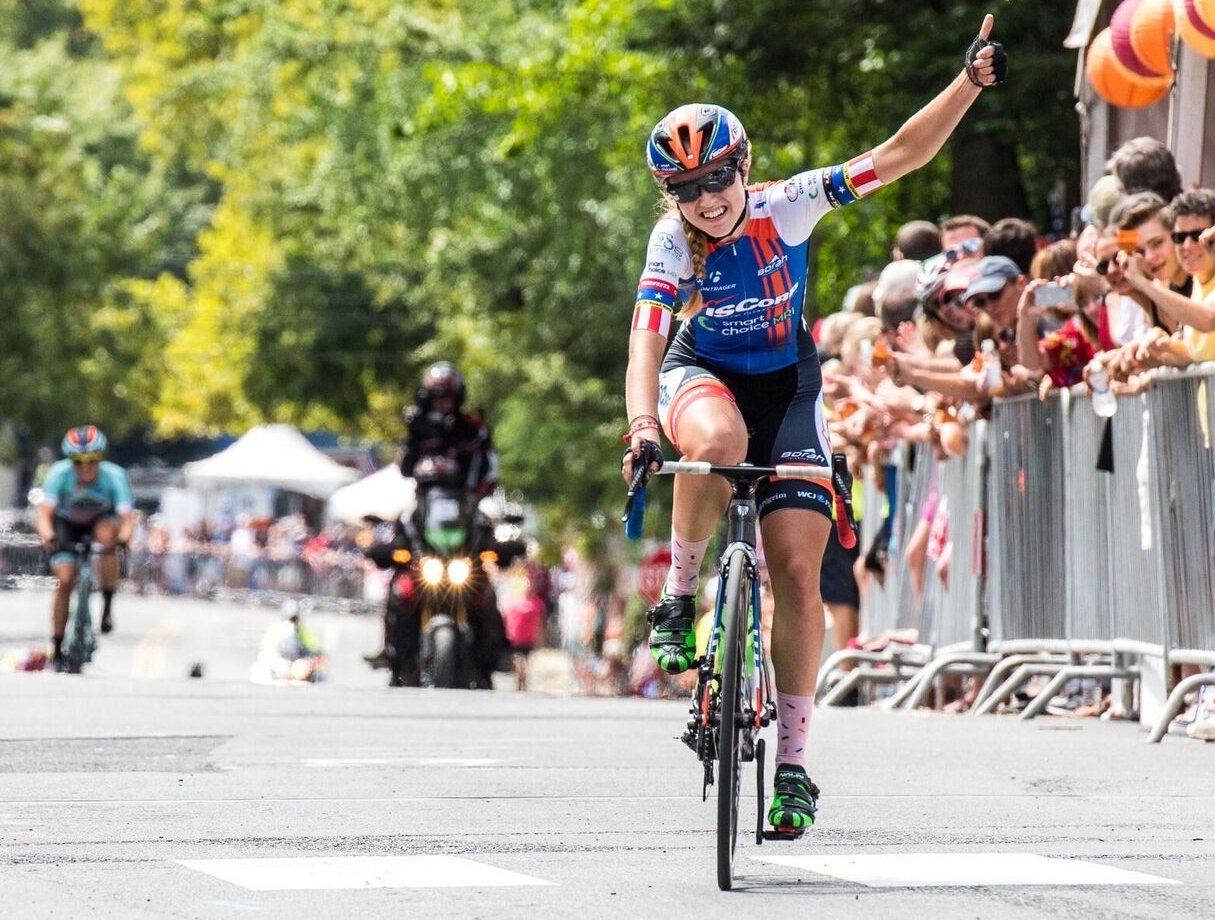