The combined USA Cycling Pro Road Tour and USA Crits season finals lived up to their promise as both the women’s and men’s pro/am fields delivered passionate performances in front of massive crowds in Doylestown, PA.

The Doylestown Health Pro Women’s race was animated from the start with Samantha Schneider (ISCorp p/b Progress) and Emily Newsom (Fearless Femme) attacking to a :40 lead with six-miles to the finish. 2014 winner Lauretta Hanson (United Healthcare Pro Cycling) and 2015 winner Sky Schneider soon counter-attacked, gained :20 on the field but were unable to close the gap on the leaders. With 400-meters to go, Sam Schneider jumped hard and delivered such a powerful sprint that she took :05 out of Newsom by the line. Her younger sister dropped Hanson for third, with Josie Talbot winning the field sprint to complete the ISCorp triumph.

Stephen Hall (PA Lightening), a heralded track racer, was an early animator of the Thompson Pro Men/ 60-mile criterium. The Australian was the ignitor of a series of long breakaway attempts that characterized the fierce battles of the entire race. First alone, then joined by Holowesko-Citadel’s Ty Magner, the duo gained :30 while chase groups formed and reformed in their wake with New  York’s Mike Margarite constantly forcing the action. Holowesko’s Oscar Clark jumped away to win from a group that contained most of the animators of the race. Steven Hall took second ahead of Dennis Ramirez (Gateway Harley-Davidson) with Margarite a remarkable fourth.

WorldTour Veteran Greg Henderson of UHC closed his career in Doylestown as did Tom Soloday of Rally Cycling.

To view the complete results: http://velocityresults.com/results/718/bucks-county-classic-doylestown-pa

To watch a replay of the television coverage of today's race: http://buckscountyclassic.com/info/live 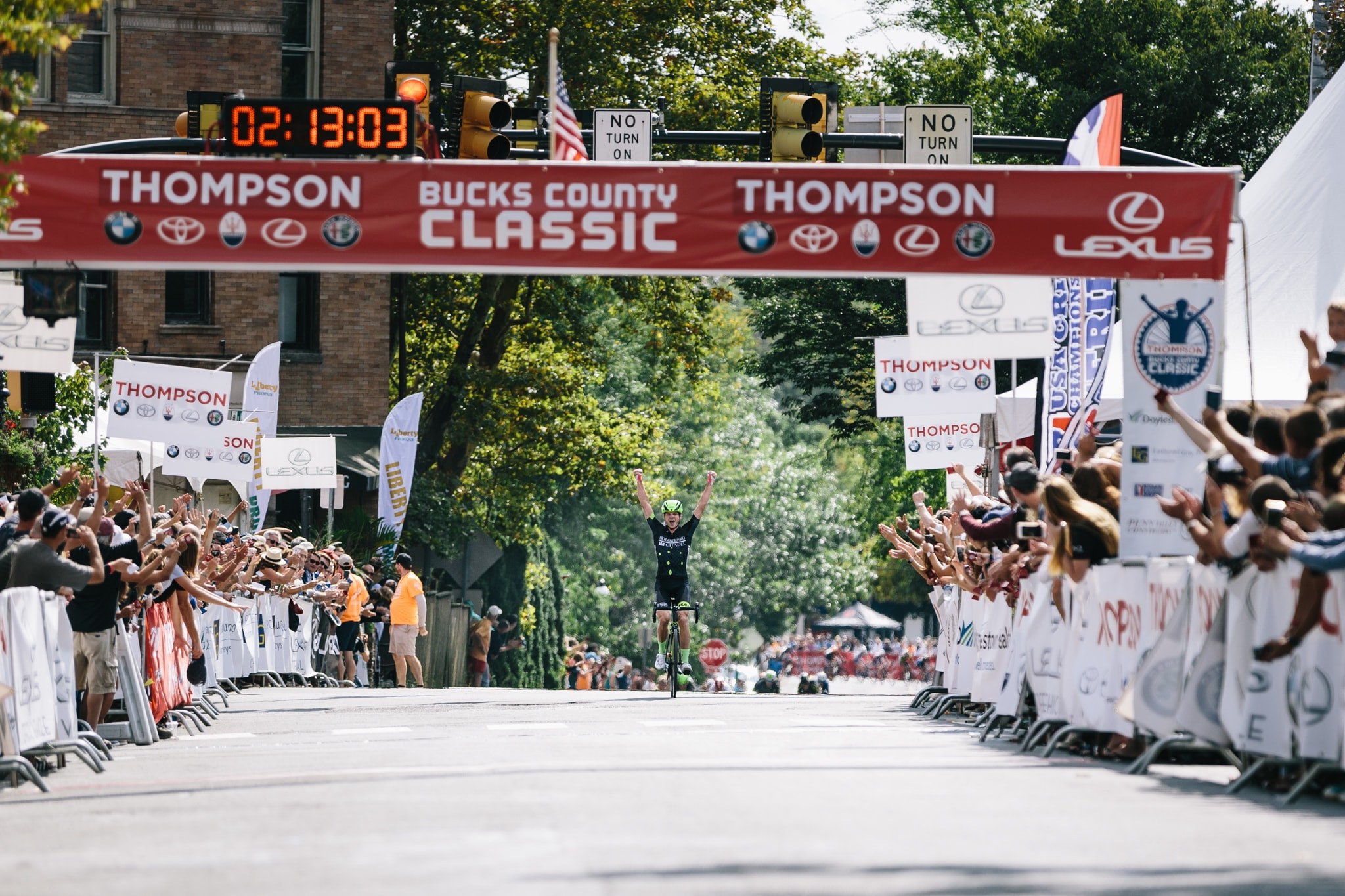