Patrick Collins of the CCB-Velotooler Racing Team is our 2017 Lexus Best Young Rider Men’s winner awarded to the first finisher born in 1995 or after. The 22-year old from Shrewsbury, MA, prepared his end-of-season with a heroic ride in July’s Tour of Qinghai Lake, the 13-day race around China’s largest lake. Collins was one of only two of his team to finish the difficult race and his brave saga was featured in Velonews.

Collins has a build that says more climber than rough and tumble criterium racer but his skills go clearly across the board. Perhaps his interest in cyclocross has honed his abilities, the winter season off-road sport promotes acrobatics, to-the-edge-skills and explosive power, all qualities that were required to win the Lexus Best Young Rider Award.

Collins has an interest in environmental science and policy and, as with all members of his team, continues his studies while chasing his racing dreams. Ongoing secondary education is a requirement for team members.

The CCB-Velotoolers team was featured in our pre-race blog. 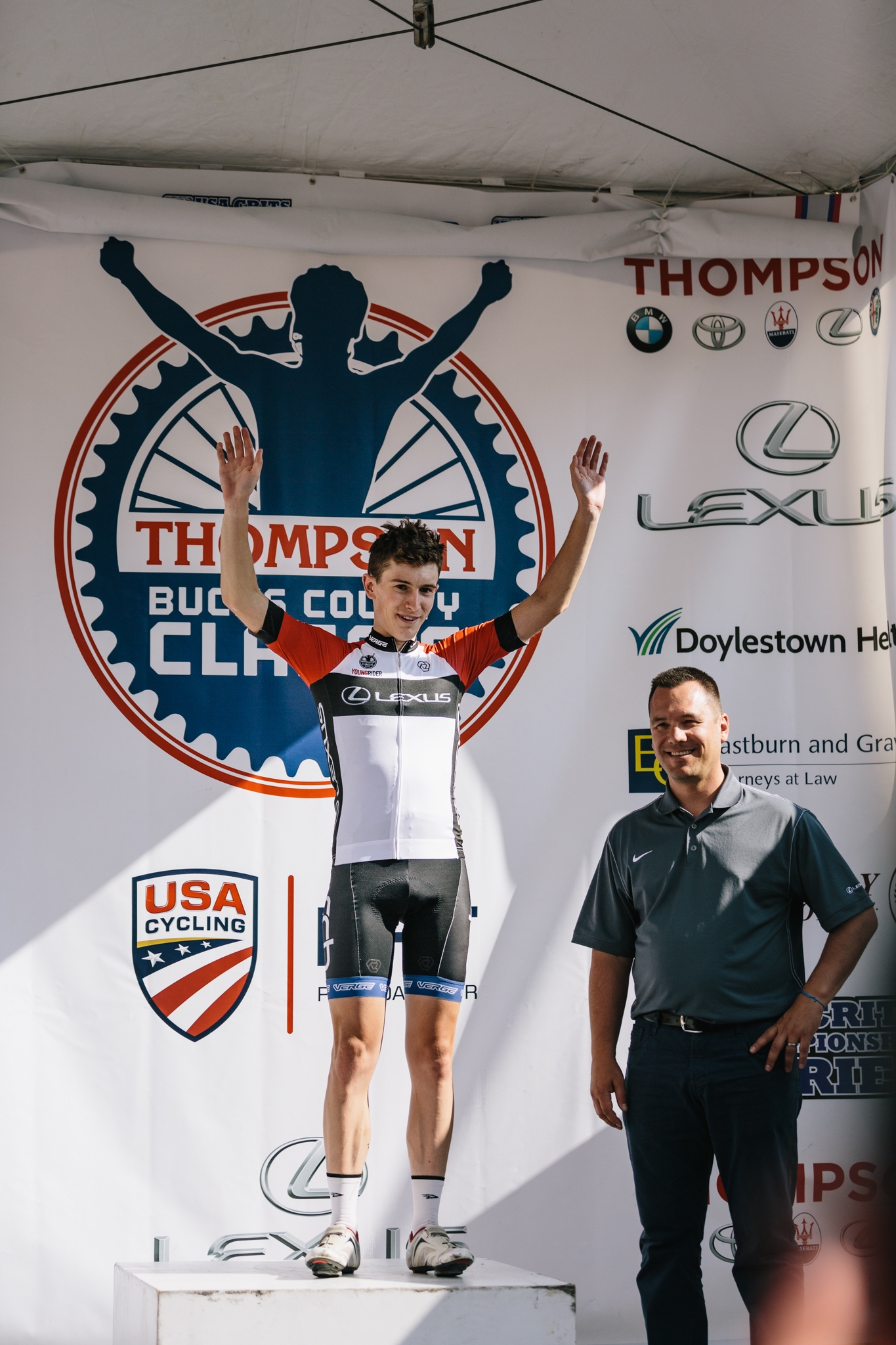