LA Sweat’s Tiff Pezzulo is the current leader of the USA CRITS points standings and is coming to Doylestown to consolidate her lead and, if all goes to plan, claim the season-long series title. Pezzulo is representative of the hyper-accomplished and educated women racing cyclists that tend to come out of the United States – think former investment banker Evelyn Stevens or triple Olympic Champion Kristin Armstrong. She’s a lawyer (although that career was put on hold to race professionally) and a mother in addition to being a national points series leader.

Her LA Sweat team is an innovative enterprise that is focused on criterium racing, following the USA CRITS series as well as the hipster fixed gear races of the international Red Hook Criterium Series with events from Brooklyn to Barcelona, London and Milan. Pezzulo will be backed by fast-sprinting Kim Lucie and designer – when not racing - Anna Grace Christiansen, a true peloton workhorse. 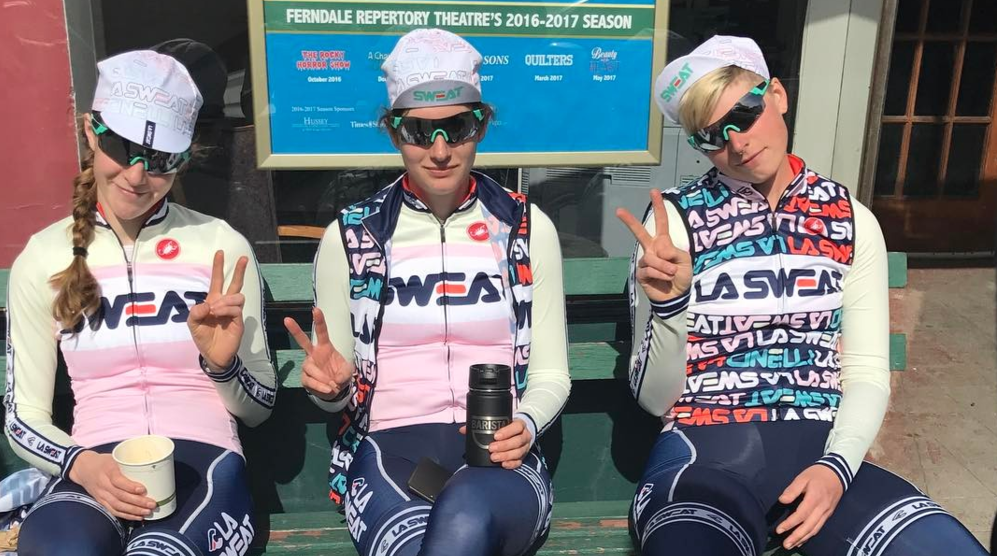